Manx waters re-classified for class C and B

The waters in the Isle of Man have been re-classified for class C and B1. The full breakdown can be downloaded below. If you plan on running water activities here on the island please check it out.

A great place to try our new grass sledges out.

Some island Scout groups have begun to meet face to face again after social distancing restrictions ended recently on the island.

Many Scout groups have completed risk assessments in order to start meeting again, after the island gained a special exemption from The Scout Association headquarters in the UK to start scouting before any other county.

On Monday 2nd Onchan’s Manannan Cub Pack met, believed to be the first Scout meeting held in the British Isles since the UK went in to lockdown in March.

This week will also see the first meetings for many other groups across the island as more leaders finalise efforts to return to Scouting. 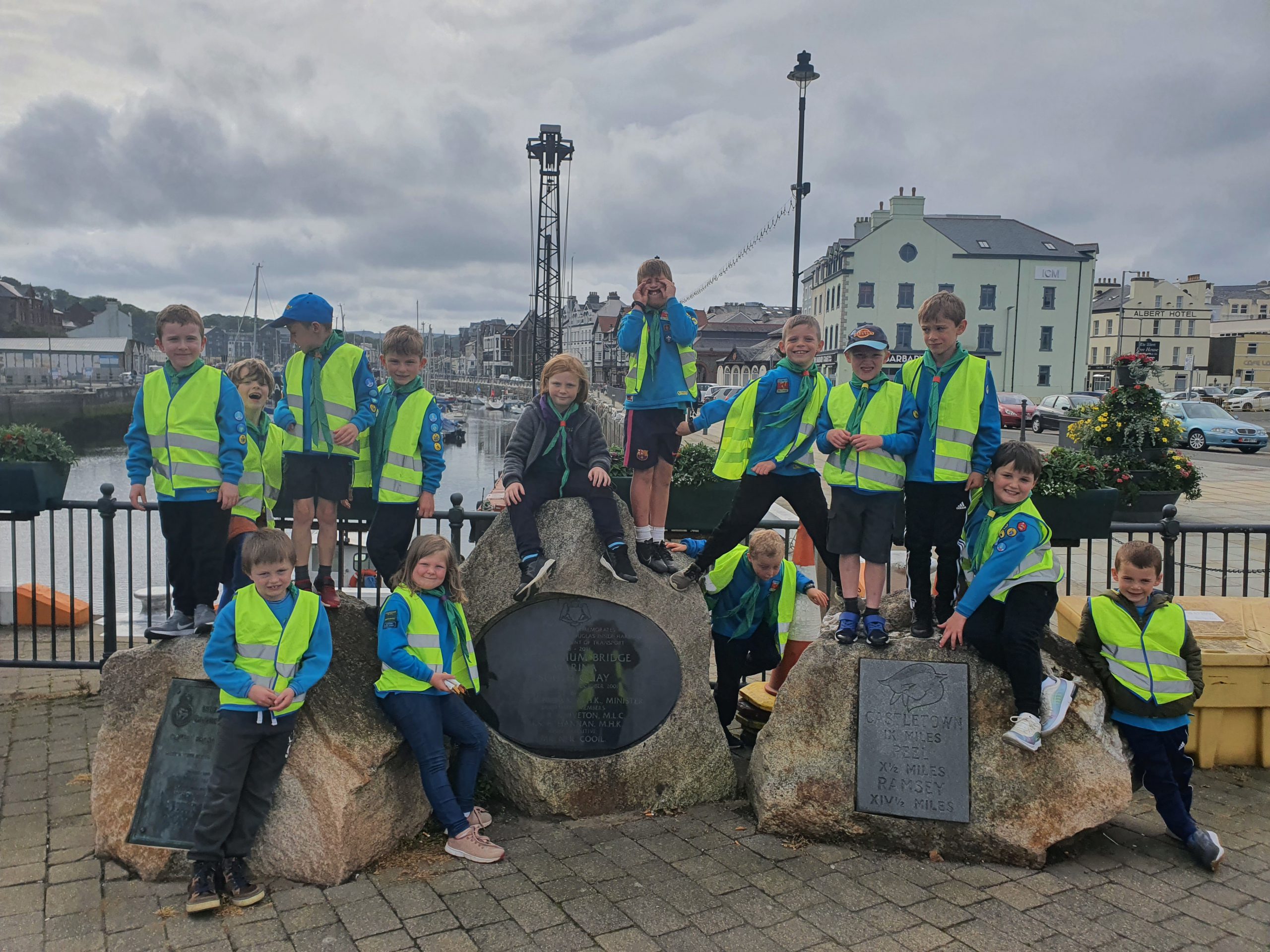 Check out our new Grass Sledges

Check out our new grass sledges, which are available to borrow. Rhys, from 1st Marown Cubs, tries out the new Scouts Isle of Man Grass Sledges. 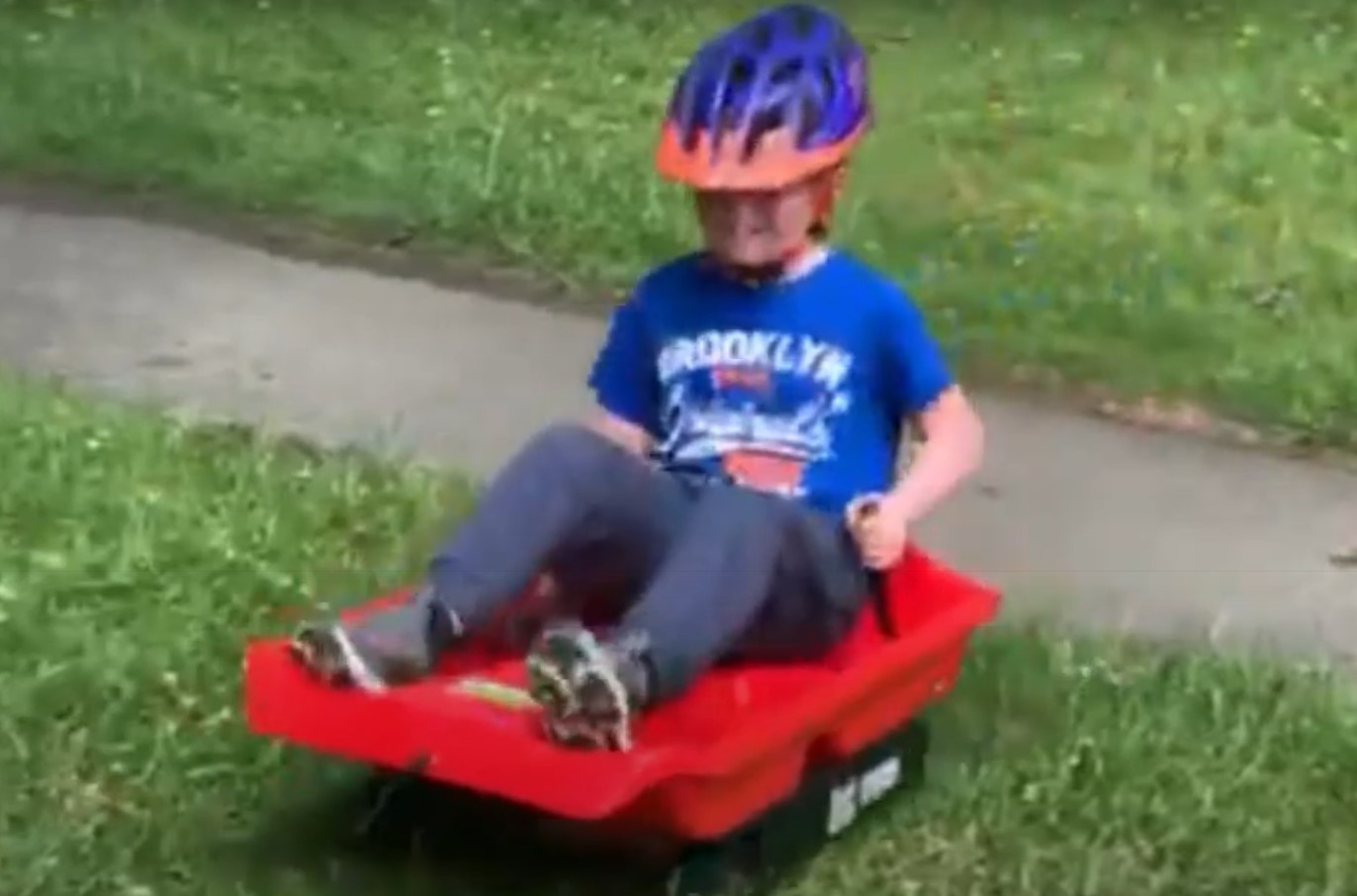 History was made recently when Bernard Moore, a Scout Leader with 1st Marown Scouts was presented with one of the highest awards in Scouting, the Silver Acorn, by His Excellency Sir Richard Gozney, Patron of Scouting in the Isle of Man.

For the first time in the 113 years of history of the Scout Movement the recipient and the reenter were in two totally different places. Due to the present pandemic restrictions His Excellency was at Government House and Bernard was in Ramsey. Using the same technology as is currently used for meetings of Tynwald and the House of Keys the ceremony was able to take place and at the same time be witnessed by other members of the local Scout Movement from their own homes.

Bernard has been an active volunteer providing adventurous activities to young people for over 30 years. He’s lead hundreds of young people into the hills for many years, giving them and leaders alike, an introduction to climbing. He was due to go to Wales to support the training of less experienced leaders in hill activities this Easter, but hopes to go next year instead, due to the pandemic.

Bernard, in accepting his award from home said, “This is an absolutely fantastic privilege to be receiving the Silver Acorn, and it has been great over the years to see generations of young people embrace the great outdoors and the skills that scouting offers to young people and
volunteers like alike”

Dan Phair, a leader from 2nd Onchan described Bernard as “a true inspiration to young people in giving back so much to the Island” A small group of leaders also attended the meeting on Zoom.

The Silver Acorn is normally presented on St Georges Day – St George is the patron Saint of Scouting.

This year the service and parade were to be held at Government House, and the award presented then by His Excellency, but the event was cancelled. 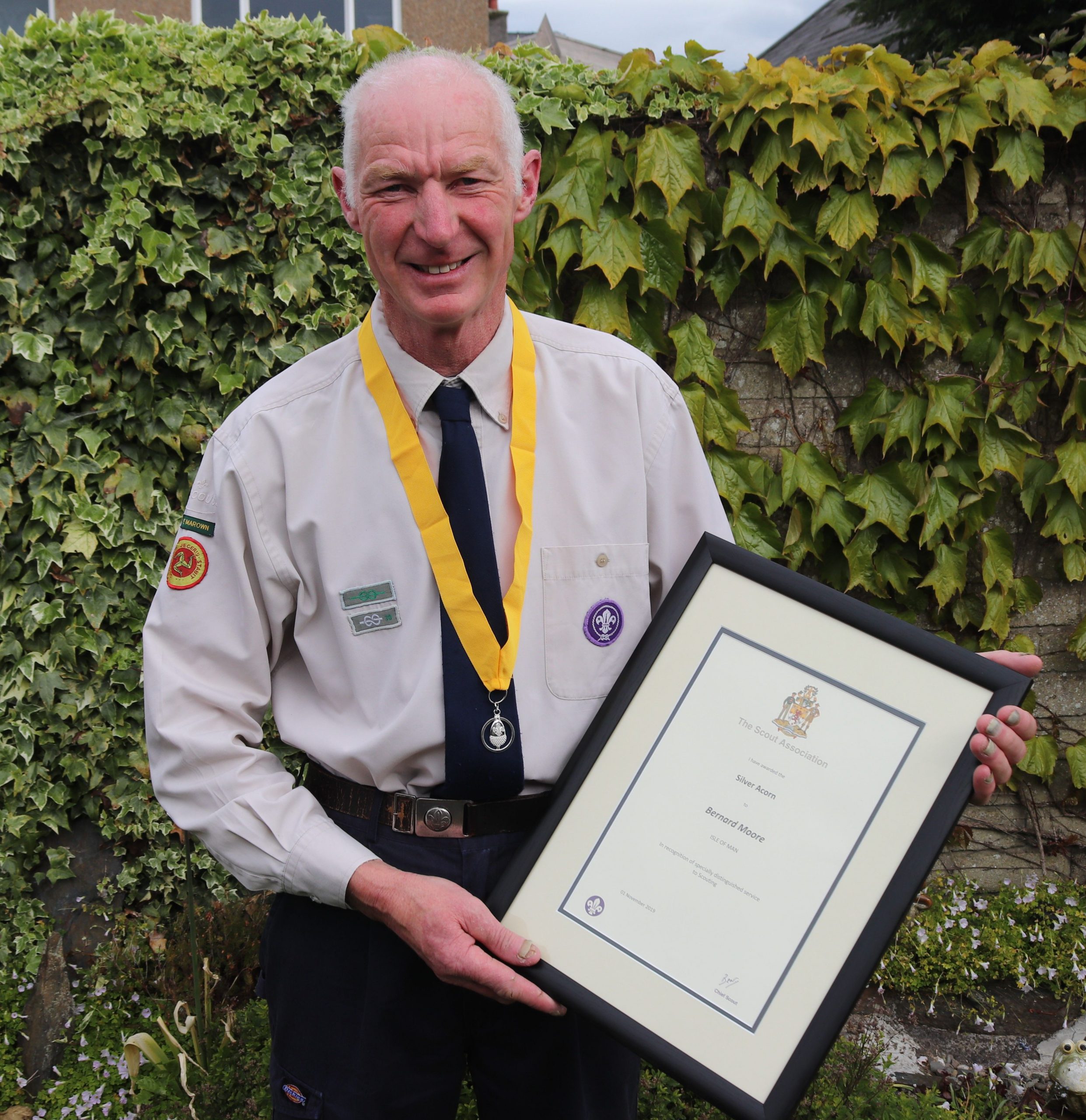 In a new 2 minute video Craig McHugh, the Assistant Island Commissioner for Cubs, shows us how to pass a knife safely. 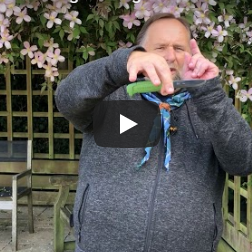 How to make a feather stick II

James Sandall from 1st Rushen shows how to finish your feather stick from the baton in part II with another 2 min. video. 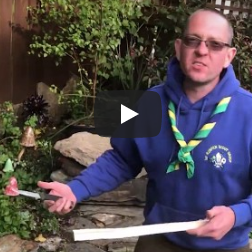 How to make a feather stick I

One of the leaders at 1st Rushen Scouts is a Bushcraft expert. In a 2 minute video he begins to show us how to make a feather stick to make fire lighting easier.

Why Scouting Is So Powerful

Another great video by Bear Grylls & Being Chief Scout

Bear Grylls – Scouts Made Me 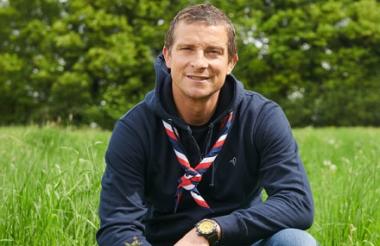